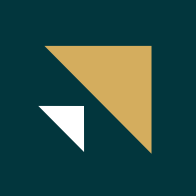 The Array integration with Zendesk Sell powered by Zapier allows you to add fields for capturing information on sales leads and company contacts, and instantly map that data back to Zendesk Sell. Embed contact forms on your website, send out a public form on social media, or capture data directly through the Array app — whatever works best for your business. Zendesk Sell will then teach you which sources convert leads to the most valuable paying customers, allowing you to shift attention to where it matters most.